Ever since her practice began, mixed materials artist Claudine Drai has had a relationship with the material and immaterial, drawing and sculpture, line and transparency, as well as presence and absence. She creates paper characters, landforms, communities, and landscapes. Her use of a white, fragile, transparent texture thanks to tissue, silk and paper has lead to the genesis of various spaces and shapes: those of the leaf, painting and sculpture as well as those of the body, senses, or even of illusions and utopias.

Claudine created numerous works for public commissions, particularly the monumental sculpture for the entry hall of the Saint-Camille hospital of Bry-sur-Marne (the patronage of the Caisse des Dépôts et Consignation). In 2008, Claudine Drai created a triptych from silk paper and pigments for the communal space of the Roissy-Charles de Gaulle airport: a universal work that weaves a link between three monotheistic religions. A sculpture conceived as a tribute to the victims of the attacks was inaugurated in the same space in 2016 with the support of the ADP group. During the 57th edition of the Venice biennale in 2017, Claudine Drai presents a new project putting a meeting of different worlds into play: an interaction between contemporary art, poetry, culinary art and high fashion reuniting the starred chef Guy Martin, the fashion designer Hubert Barrère and the writer Olivier Kaeppelin by her side. The same year, the collective exhibition « intuition » at the Fortuny Palace in Venice also explores the essence of Claudine Drai’s practice. In 2017, the starred chef Guy Martin introduces contemporary art in the Grand Véfour, confiding the private salon of this historical space to the artist. In 2018 Claudine Drai meets Anne-Caroline Prazan from the House of Guerlain. She entrusts her with the spaces of the famous Champs-Elysées house to celebrate 190 years of history and creation. The perfume, since 1944, has an important and central place within her body of work. From this interaction with the House of Guerlain a perfume named « L’Heure Blanche » was created in 2019, inspired by the world of Claudine Drai and created by the chief perfumer Thierry Wasser and the perfumer Delphine Jelk. In 2021, within the frame of the program « 1 building 1 work of art » initiated by Laurent Dumas, president and founder of the Emerige group, Claudine Drai creates an architectural piece with Vincent Parreira. Since 2020, the starred chef Jannis Brevet entrusts her with the recreation of the salons of the Inter Scaldes restaurant in Kruiningen (Pays-Bas). 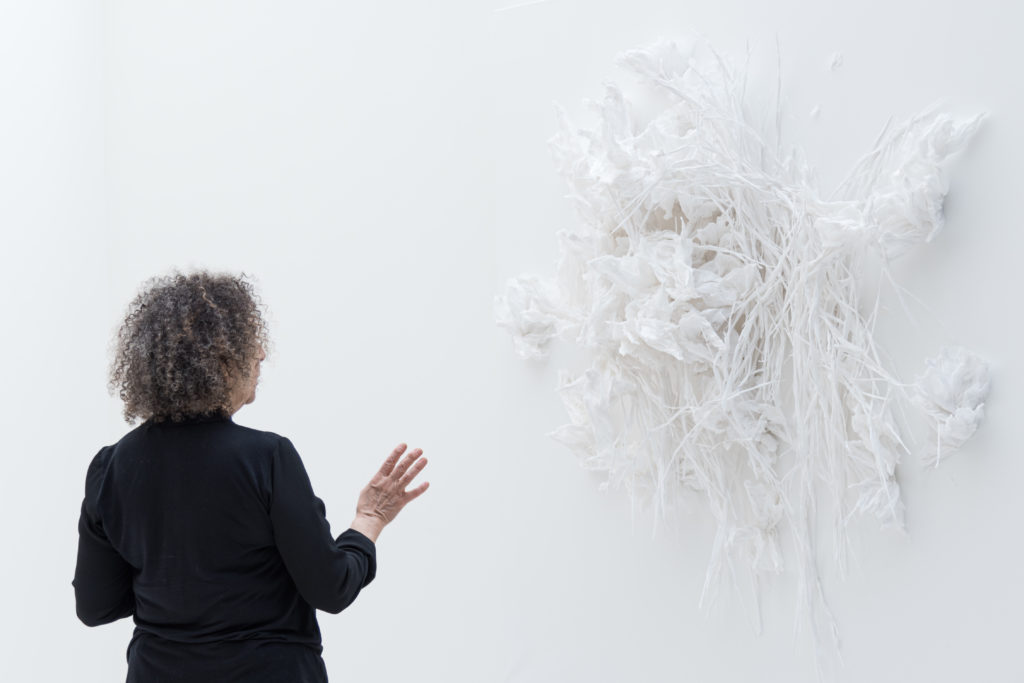